Danny Windham is the chief operating officer at HudsonAlpha. He joined the Institute in 2019 and has more than 20 years of leadership experience, serving as president and COO at Adtran (2005 – 2007) as well as CEO at Digium (2007 – 2018). Windham is actively involved in the entrepreneurial community and has supported the development of multiple startups. He also has a strong commitment to giving back to his community and serves on multiple boards including the Huntsville/Madison County Chamber of Commerce, Biztech and Leadership Alabama. He was also chairman of the Madison YMCA fundraising committee and a volunteer pilot for Angel Flight, a nonprofit organization that provides free air transportation for individuals with any legitimate, charitable, medically related need. Windham earned his BS in Electrical Engineering from Mississippi State University, where he was named a Distinguished Engineering Fellow in 2001, and MBA from Florida Tech. 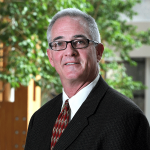 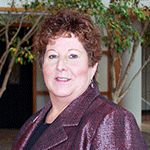 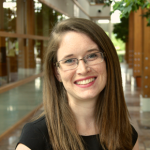 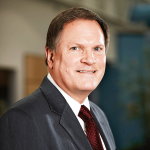 Jim Hudson is a co-founder of the HudsonAlpha Institute for Biotechnology. Equal parts scientist and businessman, Jim Hudson’s investments have shaped the advancement of biotechnology around the world—but especially in the state of Alabama. Hudson founded and served as chief executive officer of Research Genetics, Inc., which in the 1990s became the world’s leader in genetic linkage products and an integral partner in the Human Genome Project, the international effort coordinated by the U.S. Department of Energy and the National Institutes of Health to identify the sequence of the DNA found inside human cells. Following Research Genetics’ 1999 merger with Invitrogen Corp. (now Life Technologies, Inc.), Hudson remained committed to local entrepreneurs, serving as a mentor and advisor to companies in industries ranging from genetics research to internet services.

Irma Loya Tuder has over thirty years of experience in strategic business planning and execution, executive leadership, financial management, and business operations. She is the founder, former CEO and Board Chairperson of Analytical Services, Inc. (ASI), a nationally recognized business providing management and technical solutions to federal government agencies.  In 2007, Tuder successfully led the acquisition of ASI by Arctic Slope Regional Corporation Federal Holding Company (ASRC Federal) as a wholly owned subsidiary. Prior to starting the company, Tuder spent five years as a Controller in private industry and five years in public accounting. As a company leader, Tuder was recognized as Alabama’s Small Business Person of the Year, and Tuder’s former company, ASI, received numerous honors including the U.S. Small Business Administration National Minority Business of the Year, the NASA Woman-Owned Business of the Year, and the Better Business Bureau’s Torch Award for Marketplace Ethics.